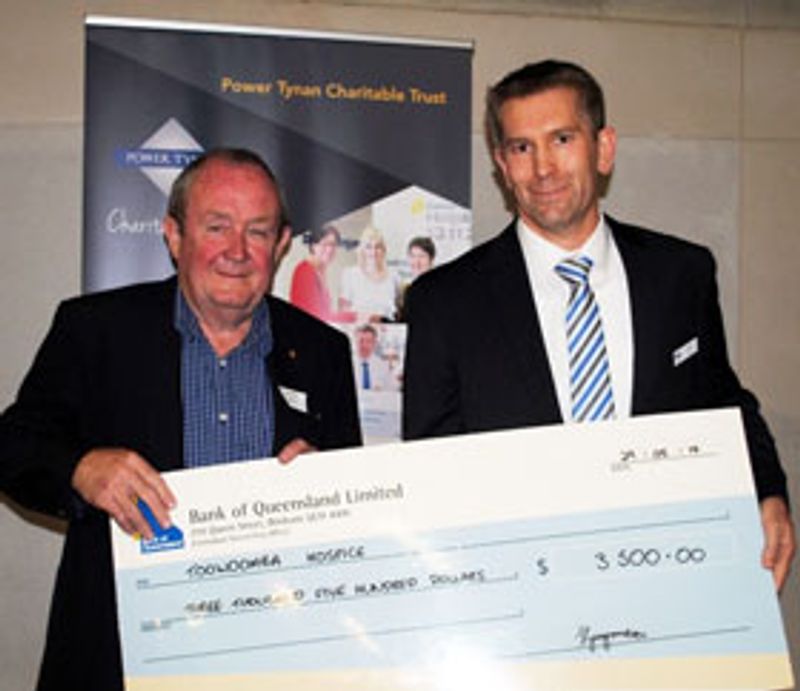 The Toowoomba Hospice has gained a funding boost with a new donation from Power Tynan.

Our Charitable Trust presented a cheque for $3,500 to Hospice Chairman Graham Barron at a brief ceremony in May.

Management and staff have been involved in supporting the Hospice since it opened in 2003.

"Paul Hilton and his team have been a backbone of support for us," said Mr Barron. "They attend fundraising functions, including our annual race day and trivia night. The firm's Charitable Trust has provided us with a number of donations. Now they have decided to participate in our 'Adopt A Room' program."

Toowoomba Hospice, a community-based private healthcare facility, is the brainchild of Sister Frances Flint, a Brigidine nun who worked with the community in Toowoomba.

Mr Barron said the hospice costs about $1.5 million to operate each year and relies upon community support for nearly half that amount.

He worked with a team to raise the funds to build the hospice and remains as voluntary Chairman of the Board.

During the ceremony, Philip Saal said the Charitable Trust had provided more than $100,000 to support community organisations in the Toowoomba area and across the State since it was launched in 2010.

"Funding for our Trust has come almost entirely from our staff," he said. "We have now opened the Trust to our clients and the community to participate. Donors know that every dollar from this Trust goes to community organisations such as the Toowoomba Hospice as well as Lifeline, the Cancer Council, RACQ CareFlight, the Rural Fire Brigade and many more."

Mr Barron said the hospice includes accommodation for six people to "spend their last moments in love and dignity".

It is staffed by two full-time professionals and up to 25 part-time people.

People wishing to donate to or learn more about the Toowoomba Hospice can contact the hospice on 07 4659 8500 or go to the web site www.toowoombahospice.org.au for more information. 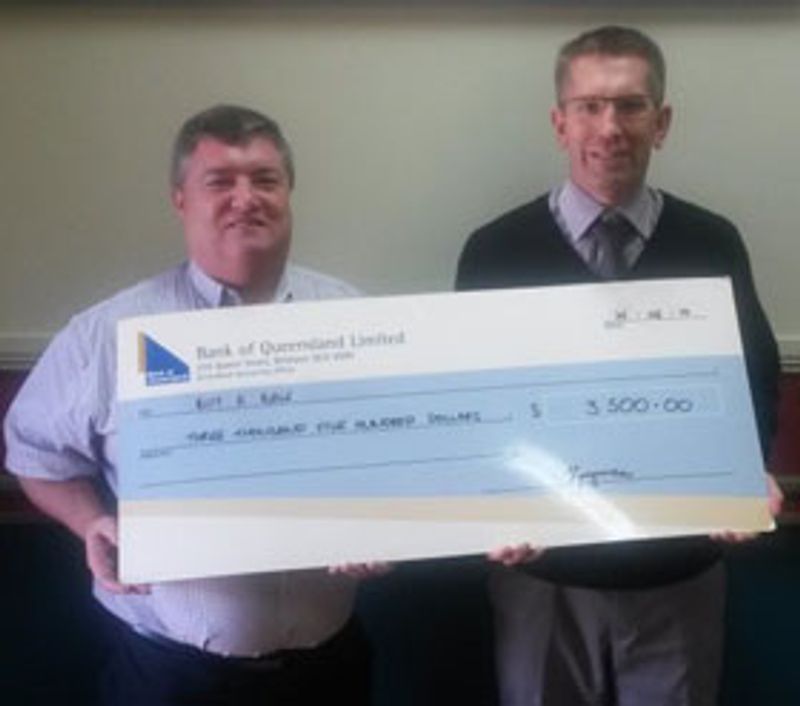 The Power Tynan Charitable Trust also donated $3,500 to Frontier Services, the organisation running the Give Back and Buy A Bale campaigns.

After reading the plight of Australian - predominantly Queensland - farmers who were destroying their cattle and, in some cases, being forced off their land, the team at The Give Back Campaign decided to do something to help. After some brainstorming it was decided to ask Australians to Buy a Bale of Hay and the feed would be delivered where it was most needed.

Charles Alder from Buy A Bale attended a lunchtime presentation to accept the donation on behalf of the organisation as well as explain to staff what the charity stands for and how our donation would be used.